The following are examples of scientific and educational projects where advanced connectivity provided via TEIN3 makes a significant difference to their success.

About 20 typhoons hit the Philippin

PAGASA utilises TEIN3 and the Philippine national network (PREGINET) to connect to partners in Europe. Working with data from Germany’s Deutsche Wetterdienst (DWD), PAGASA runs daily forecasting models. Results are ready in just one hour for the formulation of seventy-two hour forecasts.

These fast and timely warnings prepare citizens and the emergency services, and help mitigate the disastrous effects of typhoons. In May 2006, for instance, reduced delays in the transfer of data from the DWD to PAGASA via the GÉANT2 and TEIN networks, resulted in correctly predicting the path of typhoon Caloy, thus allowing timely, accurate and, ultimately, life-saving weather warnings to be given to the public.

Tsunamis are not predictable, but their disastrous impacts can be mitigated with timely warnings. The main goal of a German-Indonesian initiative, launched in November 2008, is to establish an advanced Tsunami early-warning system for the Indian Ocean, focusing on the highly

vulnerable Indonesian coastline. The GITEWS will bring together cutting-edge technologies consisting of seismometers, GPS, marine buoys, tide gauges and advanced IT-technologies. Sensor data is transmitted online to the national centre in Jakarta for processing and modelling. Within 10-15 minutes, predictions are available and ready to be sent to warning centres in all Indian Ocean rim countries, as well as to local centres in Indonesia.

TEIN3 will contribute to the establishment of this system by complementing satellite links for the transmission of sensor and modelling data. With improved regional network connectivity, TEIN3 assists Indonesian research institutes like the University of Bandung, optimising their own tsunami-modelling activities.

In the aftermath of the catastrophic earthquake in Sichuan province in May 2008, researchers at the European Commission Joint Research Centre in Italy used the trans-Eurasia link to transfer high-resolution images of the stricken region to their colleagues in China to aid post-disaster reconstruction.

Following its successful launch in October 2008, the Thai Earth Observation Satellite (THEOS) collects high-resolution images which are transferred from a North Pole station across the Nordic research network to GÉANT2, and then across TEIN3 to Thailand and other regional nodes for analysis and deployment in cartography, land use, coastal zone monitoring and flood risk management.

TEIN3’s interconnection to GÉANT2 enables interaction with European medical teams, like the European Institute for Tele-surgical Training, based in Strasbourg. TEIN3 and GÉANT2 contribute to the creation of a virtual international teaching community to disseminate best medical practice and to improve standards of healthcare across the two continents.

Find out more at: www.aqua.med.kyushu-u.ac.jp

The power of GEANT2 and TEIN3 supports the search for live-saving treatment against killer diseases such as malaria and avian flu. The drug discovery process is being greatly accelerated by distributed computing and the underlying network infrastructure. With the help of high-speed computing an 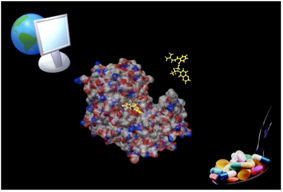 d the huge data managing capabilities of the Grid, researchers participating in the WISDOM project have been able to very rapidly screen and study drug components against these killer diseases. The project is predominately a collaboration of Asian and European laboratories and is primarily supported by the EGEE grid infrastructure. The massive biomedical data challenges involve, on average, the parallel use of 5000 geographically distributed computers – the equivalent of 420 years of computing power of a single PC.

Rice is the lifeline of Asia. However, climate change and an ever-expanding popu

lation threaten food security not only in the region but elsewhere in the world. The main objective of the International Rice Research Institute (IRRI) in the Philippines is to help farmers improve their yields and thus sustain their livelihoods – a mission that calls for joint efforts across the globe and for high-performance networks, such as TEIN3, to facilitate data-intensive collaborative research. For instance, IRRI scientists join forces with their colleagues in other parts of the world to develop resilient, “climate-proof” crop varieties, a collaboration that requires the exchange of vast genomic datasets as well as the transfer of high-resolution geographic information system (GIS) data for vegetation analysis and yield forecast.

The CanalAVIST initiative which promotes an alternative, cost-effective way of providing education across Asia-Pacific; via live video links – courtesy of TEIN3 – students can attend lectures held hundreds or thousands of miles away. Similarly, CanalAVIST organises virtual discussion forums around specific topics through a series of talks streamed over TEIN3 and GÉANT2 from various sites in Asia-Pacific and Europe.